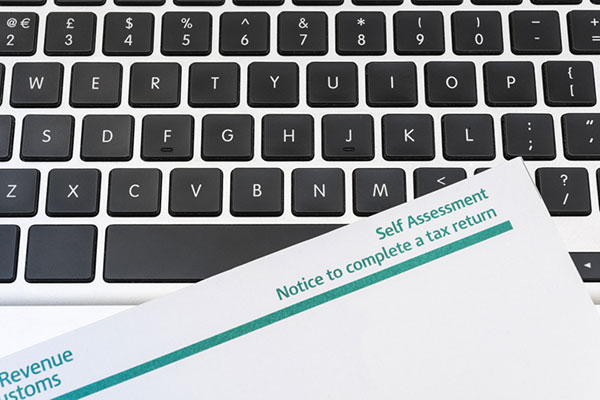 HMRC have apparently “heard it all” when it comes to excuses that people come up for late tax return filing.

• “I left them in the shed and the rat ate them”

• “I’m not into paperwork – my sister looks after it. But we’ve had a falling out”

• “My accountant has been ill”

• “My laptop broke at the same time as my washing machine”

• “My husband ran over my laptop”

Needless to say, HMRC did not accept these excuses. I wonder why? 😊

HMRC offer guidance on what they will accept for late tax return filings, and they are:

• an unexpected stay in hospital

• a serious of life-threatening illness

If any of these reasons stop you from filing your tax return on time, HMRC will still expect to you send your return or payment as soon as possible after the reason for delay has passed.

We wouldn’t advice this course of action.

Let’s look at this example of what would happen if you delayed filing and paying HMRC for a year.

£4,750 in penalties if you get your tax return in a year late! And that does not include the interest.

It’s not worth it, but we all know that already.

Late tax return filing – fear of not being able to pay

Many people, for understandable reasons, try to use excuses like these because they don’t have the money to settle with HMRC at the time. It seems completely sensible to portray your adventures in filing your tax return as blighted by hapless luck not in any way instigated or caused by you.

Rest assured though because, since the financial crisis of 2008, HMRC have become a lot more forgiving about people and companies not having the ready wherewithal needed to pay their bills on the exact due date.

A system exists, and it’s used by over a million people and companies every year, called Time To Pay.

If they’re agreeable, HMRC can split your payment into up to 12 equal repayments collected once a month by direct debit. Time To Pay not only applies to personal tax but to corporation tax, VAT, and even PAYE sometimes.

Phone up the revenue before 31st January and let them know the following:

• how much of your bill you will have trouble settling

• how much you can settle right now

• that this is your last resort and you’ve been turned down by finance companies, family, and friends for help in meeting the bill.

If you get a Time To Pay, never miss a direct debit payment. In most circumstances, HMRC will rip up your Time To Pay and demand the whole sum.

Get your tax return in on time – talk to Panthera

To work with us on getting everything ready and filed in time and help with getting a Time To Pay agreement, please call Panthera on 01235 768 561 or email the team at enquiries@pantheraaccounting.co.uk.