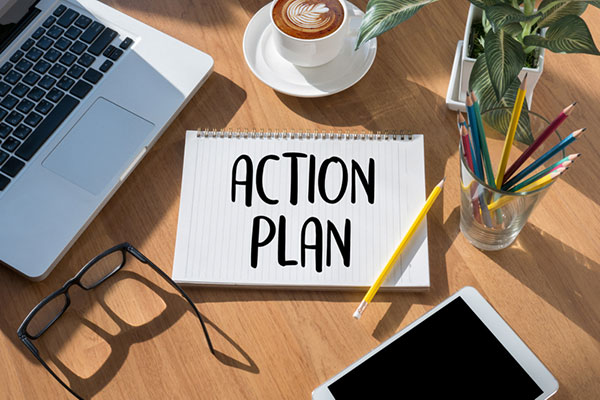 Looking at the year ahead, you’ll no doubt have high hopes for your business in 2018.

No one knows what the future may hold, but when you know what obstacles to look out for and plan ahead, you give your company the greatest chance for success.

Barclays Business Banking has published the most common worries among British SME owners for 2018. In their annual SME Hopes and Fears Index, Barclays asked the decision makers at various UK companies what they fear may hinder their growth in the coming year.

The most common worry among SMEs in the UK this year was inflation. A massive 43% of businesses surveyed reported this as their main concern.

According to the Consumer Price Index, inflation is set to remain at 2.4% for the first half of the year, dropping only 0.1% by the end of 2018.

Increasing business costs, such as rent and stock prices, it’s clear why high rates of inflation are a worry for small business owners. And with the rest of the country feeling the pressure of prices rising faster than wages, it’s likely your customers will be tightening their purse strings too.

In 2017, more than 875,000 SMEs in the UK reported having fallen victim to a cyber-attack in just 12 months. In London, almost a quarter of all small businesses suffered a security breach in that time.

41% of those in the Barclays study reported cyberattacks as a major concern for their business in 2018.

More than a fifth of businesses affected reported the breaches costing more than £10,000, with one in ten companies losing over £50,000. An attack could result in your business being unable to continue trading.

Head of SME Proposition at Zurich, Paul Tombs, said that, whilst some of the world’s biggest companies have been victim to cybercriminals, “it’s important to remember that small and medium sized businesses need to protect themselves too.”

He went on to say that, “while the rate of attacks on SMEs is troubling, it also shows that there is an opportunity for businesses with the correct safeguards and procedures in place to leverage this as a strength and gain an advantage.”

Last May, Barclays launched their DigiSafe campaign to help raise awareness of cyberattacks, scams and fraud. They provide dedicated, specialist support for SMEs in the UK, giving them the tools they need to protect themselves against cyberattack.

State of the UK economy

Whilst many may believe Brexit to be the number one concern for businesses in the UK, the survey actually found that British SMEs are more concerned about the state of the UK economy.

With the Office for Budget Responsibility revising down their initial productivity growth estimations for the seventh year in a row, the OBR have also announced that economic growth will average just 1.4% over the next five years.

But with more than 99% of British businesses being SMEs, the Government announced in October that they would be providing additional support for SME trade.

As the Secretary of State for International Trade, Liam Fox, stated, “small businesses are the backbone of our economy, and giving them the support they need to seize international trading opportunities is a priority.

“That’s why we’re partnering with the five major high street banks to make government-backed finance from UK Export Finance readily available in a matter of seconds, opening up new global contracts to businesses across the UK.”

That means UK SMEs will be able to access the funds they need to increase their exports, grow their revenue, and ultimately boost the UK’s productivity in 2018.

Whilst 2018 may prove challenging for SMEs in the UK, the survey also found business owners expect consumer demand and the availability of better technology to positively impact their companies this year.

The number of businesses with high hopes for e-commerce and digital presence has almost doubled since 2016. Head of SME Scotland at Barclays Business Banking, Stuart Brown, says the research “reflects small businesses being empowered” by new technologies and digital opportunities.

He said “inflation is clearly a worry, and in particular the potential for prices to rise faster than wages. Business owners are clearly taking a prudent and cautious approach to the year ahead.”

But by making the most of the many opportunities in 2018, SMEs will be able to “increase sales, cut costs and save time, strengthening their business.”

No matter what the future holds…

Not Currently A Client?