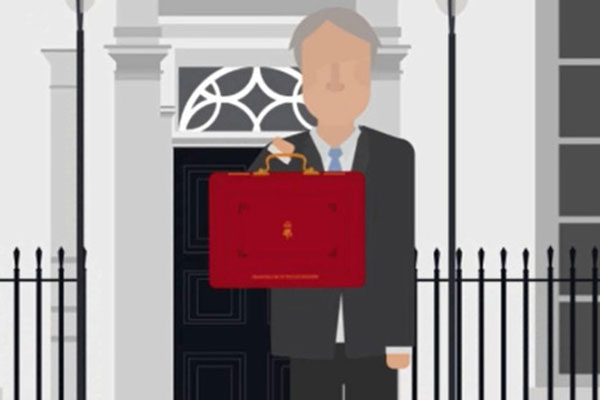 Recently, the Chancellor of the Exchequer delivered the last Autumn budget before Brexit. We weren’t expecting anything revolutionary because of how close it is to the hoped-for successful conclusion to negotiations with the EU. However, what was announced in the budget will certainly have an effect on your personal finances and likely an effect on your business finances too.

In this article, the Panthera team explain what the budget has changes in this quick 4 minute read.

The IR35 public sector reforms were rolled out in 2017 and now they’re set to reach the private sector. In 2020, “medium and large” businesses will now also face making a decision about whether to classify the agreements and working practices they have with their contractors as within the IR35 rules or not. The requirement has been extended despite the fact that there is no hard evidence of the extent of the impact on public sector workers so far and that what evidence there is so far is disputed.

Commentators believe that this extension of IR35 will be the government’s biggest newest revenue raiser. Roughly £1.3 billion a year is expected to come in by 2023-2024.

Although no changes have happened to the tax rates themselves, there has been some movement in who falls into each band. More specifically, who falls into the higher rate tax band in England, Wales, and Northern Ireland.

This change is in line with the government’s 2015 and 2017 manifesto commitments.

Scotland has its own taxations bands as follows…

The Scottish Parliament haven’t expressed any interest in moving the tax bands any time soon – in fact, recent press reports suggest that they are vehemently against doing so with some politicians calling the Chancellor’s move “shameful”.

A contractor limited company can invest £1,000,000 a year into capital items as opposed to the previous maximum of £200,000. This change begins on the first of January and ends after two years.

If you’re an employer, then you will be forced to pay your employees aged over 25 (who aren’t first-year apprentices) a higher hourly rate. The National Living Wage is raising from £7.83 an hour to £8.21 an hour. This change comes into effect on the 6th of April 2019.

Previously, in order to qualify for Entrepreneur’s Relief, you must have held the shares in your company for at least 12 months. Now, this has been raised to 24 months.

The Employment Allowance provides £3,000 worth of relief against Employers’ National Insurance Contributions. This will only be applicable to businesses with an annual National Insurance spend of less than £100,000 as of the 6th of April 2019.

If you’re concerned about what this budget means for your business, get in touch with one of our accountants. For more information, call us on 01235 768 561 or drop us an email to enquiries@pantheraaccounting.com – we’ll be back in touch with you shortly.