Bogus HMRC calls - what to watch out for 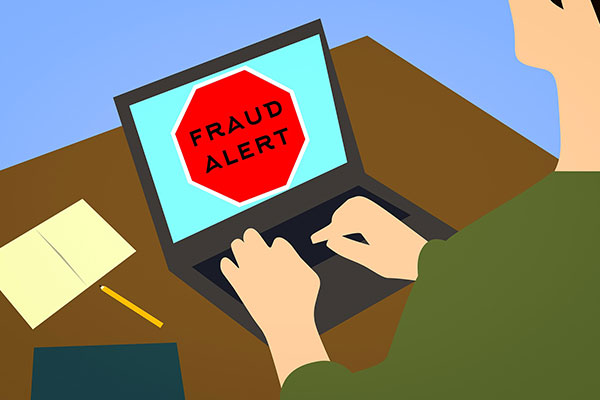 Fraud costs the UK £190bn a year, according to credit reporting agency, Experian. Everyone, it seems, is a target from people at home being duped into questionable investment schemes to fake emails for non-existent invoices being sent to none-the-wiser accounts clerks. You can be defrauded in the street, by email, on the phone, or by post – no-one is immune.

One of the ways that fraudsters gain the confidence of their victims is to pretend to call or contact them from a company or organisation they will be aware of. It comes as no surprise that many scammers choose to disguise themselves as a taxman chasing up overdue or undeclared tax payments from citizens – and it’s a tactic which is remarkably and unfortunately very successful for them.

There are a couple of phone scams doing the rounds at the moment and the Panthera team thought that this would be a good time to remind our customers and visitors to our website about what they should look out for.

One newer variation of the HMRC scam is to redirect calls to a premium rate line costing £35 per minute.

A pawnbroker in Coalville, Derbyshire, was targeted by the scam four times over the course of December 2018 and January 2019. The scammers had altered the caller line identification number to be that of HMRC “even using numbers from different HMRC departments for the callbacks”, reports Derbyshire Live.

Hayley Oudenhuijsen, the victim in this case, was told to “press one to speak to someone immediately” and that, if she did not, a warrant for her arrest would be issued within 24 hours. Although she Googled the number at which point she saw that the number displayed on her system was actually an HMRC number, the person making demands of her spoke with an American accent – “it just didn’t feel right”, she said.

FT Advisor reported that some taxpayers were asked to pay up to £3,000 during a call in which "a female automated voice claims to be from the office of Dennis Grey from HMRC." In a slight variation to the Derbyshire scam, victims were threatened with “legal consequences” if they did not call back or their solicitors did not call back.

Technological services comparison website, Comparitech, released a recording of the call so that potential victims could better understand how the scam worked – click here to listen.

Fraud is on the rise with some HMRC scams asking victims to pay bogus tax demands using iPhone and Google Play vouchers (source: The Sun). According to CyWare, HMRC ordered the takedown of over 20,000 malicious websites in 2018, “particularly those that impersonate HMRC”, a 29% increase on the previous year.

HMRC publish advise for taxpayers on their website about what you should do if you receive a call you think is bogus. As with the cases mentioned above, a common warning signal is that you should press one to speak to a casework to settle a demand.

If you suspect that a call is not genuine, you should hang up straight away and record the date and content of the call together with the phone number used to phishing@hmrc.gsi.gov.uk. If you suffer financial loss from a scam, HMRC’s advice is to contact Action Fraud.

One of the biggest reasons that need every customers cite as to why they are a Panthera customer is because we deal with tax queries on your behalf and your company’s behalf. In nearly all cases, as your registered agent, we’d hear about a problem with HMRC before you.

If you receive a call and you’re concerned about the taxman knowing something that you don’t, please call us and we’ll contact HMRC on your behalf