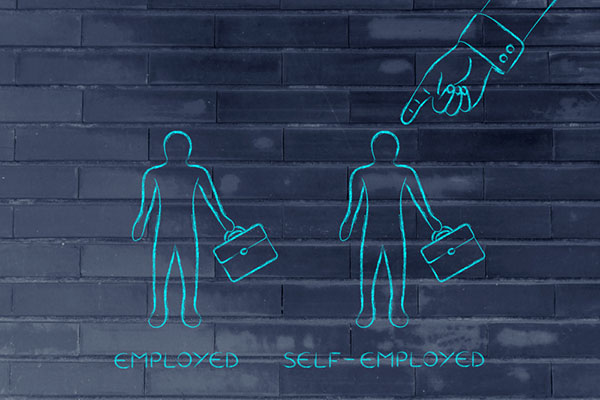 Are you considering taking a self-employed worker? It can be very tempting to profit from another person’s labour, paying them a fair reward for it, and not having the taxation and employment law hassles associated with having a member of staff on the books.

This is a subject we visited before last August in our blog examining when a contractor becomes an employee – you can read that article here.

There are lots of risks when hiring self-employed workers for your business.

They can cost more than you think

Most self-employed workers will be aware that, with their self-employed status, they will not be entitled to holidays, sick pay, parental leave, and so on.

They’ll also know that you don’t have to pay National Insurance Employers’ Contributions on the money you pay them, saving you 13.8% of their wages in expenses (let alone the 3% pension contributions under auto enrolment).

HMRC have a pathological hatred of what they deem to be “disguised employment”.

This is the notion that someone will resign from a company on a Friday afternoon as a member of staff, only to return first thing on Monday morning doing exactly the same role but as an independent, self-employed contractor.

This hatred was the reason behind the introduction of the IR35 and CIS systems.

HMRC are always looking for companies that step over this line and, believe us, they will make an example out of any firm they believe has transgressed.

If you are to hire a self-employed worker, you need to make sure that your contract with them and their behaviour within your company is compliant with, particularly, the IR35 rules.

How HMRC defines a disguised employee

• you set the hours

• can they work for your competitors?

The list is long. HMRC provides a reference guide here.

How do HMRC decide who to investigate?

Despite their dislike of disguised employment, HMRC really don’t have the resources to carry out many investigations into companies using self-employed workers. However, using the HMRC’s Connect computer system, they can mine your tax submissions for examples of when:

• a self-employed person has only one client or bill payer

• the amounts a self-employed person receives are similar and

They are getting better and better at finding people out without the standard detective work involved.

If you want help on determining the status of your self-employed workers or you’d like to explore the option of using an intermediary to move existing and future staff from your payroll, speak to your Panthera Accountants team member by calling 01235 768 561.