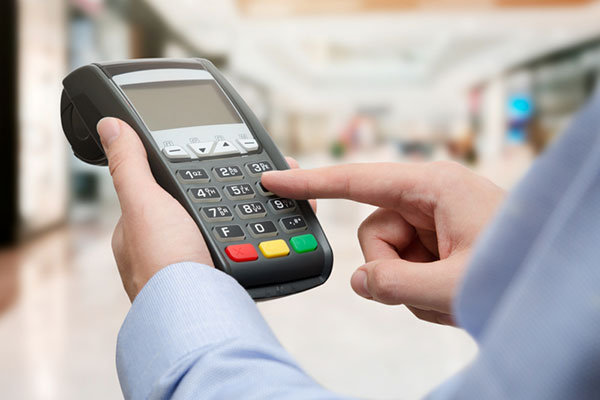 You may have received a letter from HM Revenue and Customs regarding their decision to ban the usage of credit cards to pay your tax bills. Considering the change comes into effect on the 13th January, you might think that they left the announcement rather late.

And you wouldn’t be alone in thinking that.

But what exactly does it mean?

Put simply, an EU directive has been put in place by the government to ban “rip-off” fees paid by you, the customer, for the privilege of processing a credit card transaction.

However, it means that either businesses must pay the surcharge themselves (leading to increased prices across the board) or, as HMRC has done, credit card payment services could be axed. Business credit cards are fine, but since their usage is obviously limited to businesses, that won’t be much consolation for those reliant on their personal credit cards.

Why has the change been made?

A spokesperson for HMRC said the choice is in the taxpayer’s interest as “it would be unfair to expect other taxpayers to pick up [the] cost” of processing the credit card payments.

According to the same official, HMRC “absorbing the costs” of the fees themselves would not only damage their service, but also impact negatively on “the taxpayer.”

It will have no impact on companies with very healthy cash flows, but for smaller businesses and sole-traders battling with late payers and seasonal fluctuations, the news has come as quite a shock.

Paul Phipps, director of Curtis Recruitment, said on his company’s blog that he accepts paying a tax bill by personal credit card is a “desperate, last resort,” but that totally removing it as an option could prove “seriously detrimental” to smaller businesses.

How will the ban effect your business?

Effectively, HMRC have removed the safety net from underneath thousands of companies. Many are commenting that, whichever way you look at it, the change will make it all the more difficult for start-ups and businesses going through cash flow problems to get on their feet.

Accountant Brian Barrett in the FT received his letter mid-December, and believes the turnaround is too sudden. “I know that I will not be able to pay my tax bill in cash – and why should I?” says Barrett.

He believes HMRC should give people more time to get their finances in order ahead of the January 31st deadline, rather than forcing them to make hasty payments. Around half a million people in the UK currently rely on credit card payments to pay their tax bill by spreading it over the cost of several months. For low income earners, the ban will have a huge impact on their ability to meet these liabilities.

There are an estimated 11 million Britons trying to get this sorted, and the deadline is approaching fast.

How can I pay my tax bill?

HMRC do offer alternative ways to way your tax, including by debit card and direct debit. Also available is ‘BACS’, an electronic payment service offered by your bank, and payment by cheque.

However, your range of payment methods depends on the ‘type of tax being paid,’ so options may be limited depending on your situation.

And if you previously relied on the Post Office’s Transcash or PAYE (Pay as You Earn) service to pay your tax returns, it’s probably time to find an alternative payment method as the service was scrapped in December 2017.

If you’re worried that resorting to taking out a personal loan is your only hope, HMRC may be willing to negotiate a ‘time to pay’ scheme. That is if you’re willing to get in touch with them far enough in advance.

Either way, this is a worrying time for many businesses and self-assessment taxpayers alike, and it’s likely you’ve got questions about the whole thing.

You’re welcome to call us today on 01235 768 561 to speak with your usual Panthera partner, and to get up to speed with the latest updates regarding the policy change.