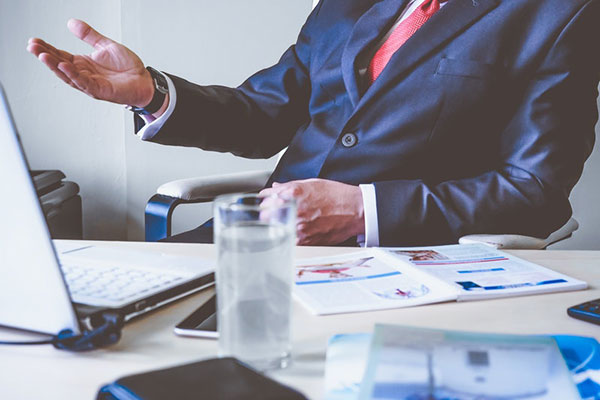 This is a guest post from David Goldsmith at DG Business Consultants As an HR consultant I’m often asked if HR really has any place in a business, let alone a small business and if it’s just expensive paperwork that gets in the way of doing real business? To answer this question, over the next few months I’m going to invite you read about various HR related topics, the different areas of HR, what they do, the costs of using it and the costs of not using it and let you decide whether HR is expensive paperwork or an important asset that every business should have access to no matter how big or how small.

This month’s topic will touch on Employee Relations (ER), as we discuss the importance of employment contracts.

When your small business starts to grow you may start to hire new staff, which is an exciting development. Managing staff however, creates many new situations and demands which you might not have encountered before, even if you have managed people before. Dealing with the paperwork, decisions and legislation involved in human resources can be time consuming and confusing, not to mention the financial risk involved if anything goes wrong.

Similarly many small businesses in this position believe that not having anything in “writing”, such as a contract means they can have more flexibility in how they operate, especially because it’s easier to move the bad employees on right?!?

Wrong! Anyone who starts employment with any company is covered by statutory law, whether the employee has been provided with a contract or not and anything they do then sets a precedent for an “implied” contract.

There was a recent employment tribunal claim where the employee was a driver for a living. He suffered a stroke, was deemed unfit to work while he recovered and all his licenses were temporarily suspended pending medical sign off to deem him fit to drive again. It was known at this point that his professional licenses would be suspended for a minimum of 3 months but would unlikely be able to drive professionally for at least 12 months, this however would be decided following a meeting with a stroke specialist after 3 months, at which point the application could be made to reinstate the licenses.

The company paid statutory sick leave (SSP) for 16 weeks (of the maximum 26 weeks they are obliged to do). Due to the length of time the company expected him to be off of work and the operational requirements of the business, they decided to dismiss the employee. The case went to employment tribunal and the now former employee won.

Q - Was it because a company could not terminate on medical grounds?

A - No, this would be perfectly legal

Q - Was it because the company could not terminate based on operational requirements?

A - No, this would also be perfectly legal

Q - Was it because there was no contract in place?

Q - Was it because it because they had not correctly followed a dismissal process?

The companies defence was they had read the “.gov” guidance which said they could dismiss the employee for a justifiable business reason i.e. if they were not able to work, would not likely to be able to return to work within a reasonable timeframe or if the absence would result in the business suffering a significant detriment by keeping the employee on. In this case they needed drivers to operate the daily function of the business and couldn’t afford to take on somebody else without any idea of a return to work date.

The claim for tribunal was-

None of the amounts owed, nor the start dates could be disputed as it was based on a calculation from the pay slips provided.

The employee raised a grievance following their dismissal. Its also important to note the dismissal was verbal with no paperwork provided. They then received no response from the employer regarding their grievance, nor were they advised of any procedure to follow or appeal procedure, but had asked for this to be provided. Based on this they followed the statutory process.

In total the employees claim was around £4500.The employer faced additional costs with man hours on the case and solicitors fees to defend the claim which could easily equate to more than the claim value itself, so in truth, £10,000 plus would have been paid out by the business.

Take a moment to think how losing £10,000 would affect your business. Could you remain in business?

Additionally, had the employee’s service been 2 years or more, the claim could have been nearer £35,000 for unfair dismissal (because no dismissal process had been followed).  Additionally, if the employee had been legally classified as disabled following the stroke, the claim could have been classed as “unlimited liability” where it’s not unheard of for claimants to receive compensation in excess of a million pounds!

Take another moment to think how losing £35,000 or worse ‘Unlimited liability’ would affect your business. Could you remain in business?

The employer would still also be eligible to have civil action taken against them to cover the employee’s legal fees over and above the tribunal costs plus any further damages such as to the employee’s mental health.

Had a contract and handbook with policies been provided with correct guidance sought prior to dismissal, the company could have paid as little as £35 if they used DG Business Consulting for the HR Assistance instead of the circa £10,000 they actually paid.

Despite the government introducing fees to take claims to tribunal a few years ago, most home insurance companies offer employment law litigation cover, which covers any costs associated with the claim as do trade unions so it would essentially be free for the employee to make claims against you. And with a whole sector in litigation dedicated to “no win no fee”, it’s easier for an employee to make a claim than it has ever been before.

With all this in mind, I return to the question at the beginning for you to decide, is HR at a cost of around £35 expensive paper work compared to liability from £10,000 to Unlimited Liability for not having HR?