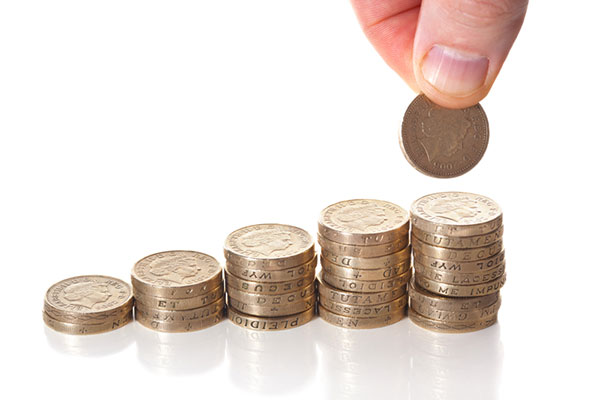 The National Minimum Wage and National Living Wage levels change each April after the Chancellor delivers his Budget and this year was no different.

Past and current minimum wage rates

In the last Budget, which took place on the 22nd of November 2017, Chancellor Philip Hammond raised the minimum wage rates for all age groups of workers.

The previous rates were:

In 2015, then Chancellor George Osborne pledged that the Conservative government would raise the “Living Wage” to £9 an hour by 2020.

However, official projections from the Office for Budget Responsibility indicate that the “Living Wage” will only actually increase to £8.56 by 2020, missing their target by 44p per hour.

That may not sound like much but that 44p amounts to an additional £800 a year per worker (and up to £934.40 for your business when National Insurance and pension payments are factored in).

The combination of a rising inflation rate (up from 0.2% in November 2015 to 3.1% in November 2017 on the date of the budget) and increasing pressure from the Labour Party for wages to outpace inflation has seemed to force the government’s hand on the issue.

What does this mean for employers?

More money for staff, less money for your business.

The raw figures are you’ll be paying as much as £600 more per year with the announced increase. That’s an additional £50 a month, or 33p an hour. Once you place National Insurance and pensions contributions are factored in, that’s another £100.80 on top of that.

The Government hopes that the increase will lower the gap between the richest and the poorest in the country. By giving those on lower incomes more money, this should mean a higher quality of life. Laudable aims, for sure.

However, it’s coming out of your pocket. Your costs are going up once again. The penalties for non-compliance to the new rates are significant. If you aren’t prepared and end up paying less than the NMW/NLW to your staff, then HMRC may make a 200% charge to you of the amount you’ve underpaid.

Furthermore, the maximum fine for missing a payment is up to £20,000 per worker. If that wasn’t serious enough, failure to pay at the new levels may result in you being banned from being a company director for up to 15 years.

What can you do?

Panthera Accounting use industry leading accounting software to help our clients make payroll simple. Xero can be used to update payroll changes automatically, meaning no matter how the National Minimum Wage changes, nothing will be able to sneak up on you and take you by surprise. Better still, let Panthera run your payroll with Xero.