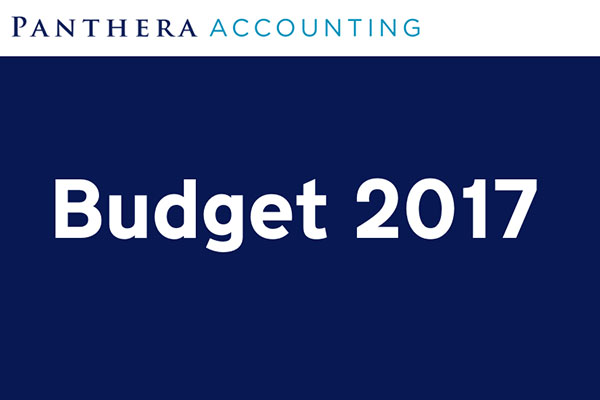 Last week the Chancellor of the Exchequer, Phillip Hammond, delivered his Autumn Budget to the House of Commons.

For clients starved of time, Panthera have compiled the ultimate summary of the most important points in the Chancellor’s speech.

Hammond announced that an extra £6.3 billion will go to the NHS to help fund improvements to NHS buildings, A&E performance, overall care, and to help reduce waiting times. There was also a pledge of extra cash to support new pay settlements for nurses in the UK.

An additional £3 billion has been allocated to Brexit preparations over the next two years.

£500 million will be used to fund a variety of technological projects across the UK, ranging from 5G technology and broadband to research into artificial intelligence.

Devolved administrations will benefit from increased spending power in the Autumn Budget, with an extra £2 billion going to the Scottish Government, £1.2 going to the Welsh Assembly, and £650 million going to the Northern Ireland Executive. They can spend this money as they see fit in devolved areas like health, schools and transport.

Government borrowing has fallen by three quarters since 2010 however Hammond said that the UK’s debt is still high at over £1.7 trillion.

Inflation is set to peak at 3% in the end of 2017 but is predicted to drop to 2% over the next 12 months. The Office for Budget Responsibility have revised down their estimates for economic growth in 2017 by 0.5% and have also lowered their expectations for future growth in 2018 by 0.2%.

Workers in the UK will soon benefit from changes to National Minimum Wage and National Living Wage.

Hammond’s Budget also stated that Air Passenger Duty will be frozen for all short-haul and economy flights, but premiums on tickets for long-haul and private jet flights will increase.

Taxation on tobacco has been increased to 2% over the rate of inflation, whilst alcohol duty has been frozen on all but white ciders.

A report from the Office of Tax Simplification earlier this year warned that the VAT threshold could drop from £85,000 to £26,000, meaning that most of the 55% of UK businesses currently not liable for VAT would have to register.

However, Hammond’s speech did not address these concerns and he told the House that the £85,000 threshold would be maintained for at least another two years before reconsideration.

Early 2017 also saw widespread changes to business rates with the revaluation of all business premises. Where some no longer had to pay non-domestic rates under the new rules, others saw their bills increase threefold.

The Autumn Budget declared a switch from using the Retail Price Index to the Consumer Price Index, meaning business rate increases will be lower than originally anticipated. Non-domestic rates will also be revalued every three years instead of every five under the new rules, starting in 2022.

“Knowledge intensive companies” will see the relief on their EIS investment tax double to as much as £2 million. Larger businesses that invest in Research and Development will also see a 12% relief under the Enhanced R&D scheme.

Whilst purchases of over £500,000 will not receive this relief, 80% of first time buyers will still benefit from the change.

The Budget also accounted for £44 billion in capital funding, loans and guarantees being used to build 300,000 new homes each year over the next five years – an amount not achieved since 1970.

Hammond also promised to build a million new homes in the “Cambridge-Milton Keynes-Oxford” corridor by 2050.

As part of their current efforts to discourage diesel vehicles, the government have announced that there will be a rise in both vehicle excise duty and company car tax for new diesel cars from April 2018. The additional revenue brought in from these charges will go towards reducing air pollution in the UK.

The Budget declared that £1.7 billion would be used in improving transport systems in English cities with a further £337 million going towards a new fleet of trains for the Tyne and Wear Metro.

£400 million will be used to build new charging infrastructure for electric cars across the nation. £40 million will go towards developing the technology for these charging stations and new rules will be set into place to protect people charging their cars at work from benefit-in-kind taxation.

The Autumn Budget and you