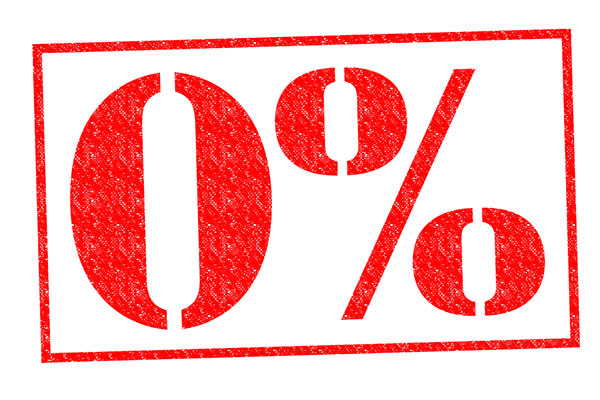 As you may already know, the construction costs of new charity or residential buildings may qualify for zero-rated VAT, as long as certain criteria are met.

To be eligible for the relief, the property must be “intended for use solely for a relevant residential or relevant charitable purpose” or “designed for use as a dwelling”, according to HMRC.

However, the guidelines on the Government’s exact criteria have recently changed. In this article, we will explain the new changes to the zero-rated construction services and how they may affect you.

If you have any other queries or concerns, please get in touch with your Panthera accountant today.

HMRC’s criteria now states that in the case of demolition and construction, any remaining elements of the original property must be demolished to ground level for the zero-rate scheme to apply.

Retention of any other parts of the property counts as replacing, altering, extending or enlarging an existing property, and so is subject to standard 20% VAT rate.

In some cases, if the work qualifies as a conversion of a commercial property, or renovation of an existing dwelling, the work may be carried out at 5% VAT.

However, if a façade is retained for aesthetic purposes, for example, it may be allowable as part of the construction work.

So, how does HMRC tell the difference between qualifying and non-qualifying zero-rate work?

HMRC’s VAT information sheet 07/17 details the cases of three different construction companies, their applications for zero-rate VAT, and the decisions made by the upper tribunal (UT). All three cases considered whether retaining a part of the original building made the construction exempt from zero-rated VAT.

The case of Astral Construction Ltd (Astral) concerned the construction of a nursing home which incorporated an existing church.

Due to the nursing home being so utterly different in size, shape, function and character to the church, the UT ruled that the new development counted as a new construction, thereby qualifying for the zero-rate. HMRC accepted this ruling.

In the second case, Boxmoor Construction Ltd (Boxmoor), a façade consisting of brickwork under the ground floor bay window was retained. This did not form part of the planning requirements and was denied zero-rate by the UT due to it being alteration and extension of the original property, as opposed to construction of a new property.

The final case of J3 Building Solutions Ltd (J3BS) concerned an HMRC appeal to the UT relating to an earlier ruling by the FtT which judged that work to a coach house could be counted as construction instead of alteration. The work involved retention of some exterior walls and an increase in building height and footprint.

Leaving this ruling alone would have meant that the Astral decision pushed the intended boundaries of legislation - if J3BS was granted zero-rate, then virtually any work including partial demolition of an original building could be counted as construction.

The UT ruled that in J3BS, the work did not qualify as zero-rate because of the retention of the additional exterior walls.

HMRC gave very specific responses to the rulings made against Boxmoor and J3BS.

Boxmoor featured the retention of brickwork under a ground-floor bay window, which could not be treated as such. However, there has been no elaboration on what exactly HMRC considers to be ‘de minimis’.

HMRC also discussed the term ‘façade’, stating that in their view, “it’s the complete front of a building that usually faces a street, road or some other thoroughfare (including a river or canal) and is the exterior part of a building that’s most likely to be seen by passers-by or approaching visitors.”

Thus, not all external walls will qualify as facades. The local authority must provide evidence for a wall’s retention for aesthetic reasons – it could be a “particularly fine example of its kind” or “in a conservation area”, according to HMRC.

Information for builders and developers

Unfortunately, there seems to be no definitive way to decide what counts as ‘de minimis’, or whether a wall counts as a façade. There will likely be some diverse tribunal cases over the coming years, thanks to HMRC’s revised zero-rate policy.

If you believe you may have overpaid VAT on construction work, have not claimed VAT on a sale that could potentially have been zero rated, or have had a claim dismissed that could have been affected by these policy changes, speak to your Panthera Accountants team member by calling 01235 768 561.
Follow @panthera_acc Tweet