What is the staircase tax? 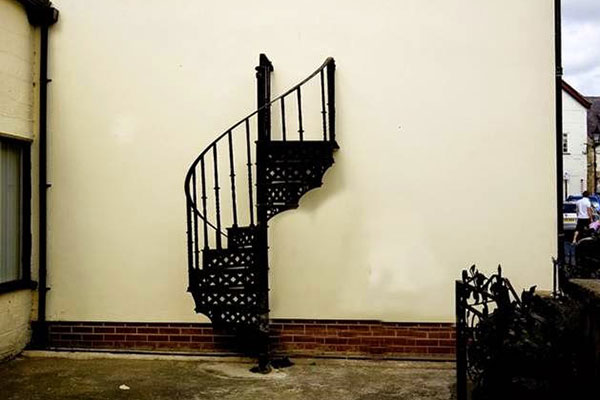 It’s caused a lot of controversy in the press, but what exactly is the staircase tax?

It’s all to do with the non-domestic rates, more widely known as the business rates.

How business rates are worked out

…the Supreme Court came to a verdict in the case of Woolway (Appellant) v Mazars (Respondent).

This changed the way that business space was defined. As described in Accounting Web, "the VOA has begun allocating different bills for individual floors and workspaces that are only linked by public areas."

In the past, businesses which occupied multiple floors within the same commercial premises would receive just one business rates bill. That bill would cover all the occupied areas.

What’s changed is that they now receive individual business rates bills per floor if the areas between the floors are communal. A business will continue only to receive one business rates bill if the connecting staircase or lift is private and for their use only, however.

Why does this matter?

Going forward, having two or more separate business rates bills will mean higher ongoing yearly charges. In addition, some companies which are now deemed to have more than one premises will no longer qualify for small business rates relief.

Going backwards, the VOA is also backdating its recalculations to 2015 in England and 2010 in Wales.

Speaking to BBC News Online, Carolyn Saddington, director of digital marketers Loyalty Matters in Harrogate, explained that the agency was spread out over three offices on two floors of a building.

She said, “Our offices - because they are separated by a [communal] staircase and a small amount of carpet - are now assessed by the Valuation Office as three separate properties ...The ridiculous thing is that there is a wall between two offices. We could knock a door through then the Valuation Office would have to assess it as one property. It is absolutely crazy."

Carolyn told the BBC that if their office was a single unit, the company would be eligible for 100% rate relief but this change in how business rates are calculated means that they will have 100% tax relief on one office but pay rates on the other two. They also received a backdated rates demand of £4,000.

This will go one of two ways – either the Government will come and change it to the way it was before, or it’s going to get worse.

The Sun newspaper reported that documents they had unearthed from the Valuations Office stated that, "car parking needs to be separated from offices - this cannot be avoided.”

After vocal complaining by the Federation of Small Business, Nicky Morgan, chief of the Commons Treasury Committee told the Sun that “I certainly support the FSB on this - it can’t be right for businesses to suddenly be asked to find money for something they didn’t know they might be liable for.”

If you’d like to speak with us about the staircase tax or anything to do with business rates, please get in touch with the team on 01235 768 561 or email enquiries@pantheraaccounting.co.uk.