When does a contractor become an employee? 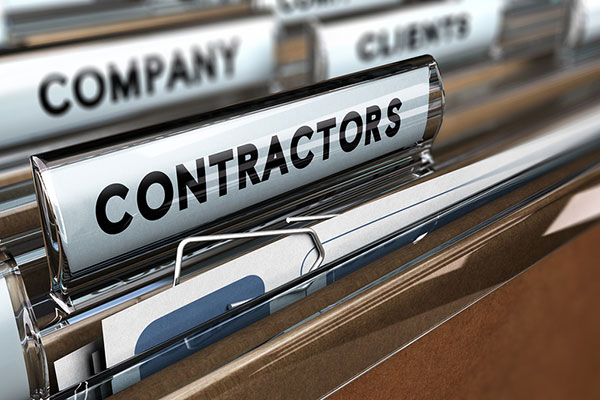 Did anyone see White Gold lately on BBC Two?

If you didn’t, it was a darkly funny, sometimes painfully-unwatchable comedy about the antics of a team of unscrupulous 1980s double-glazing salesmen. Vincent Swan, an engineer at an oil-refinery, gets sacked after a “million-pound mistake” he was responsible for and quickly finds work for a window company.

Speedily promoted to Head of Sales, Vincent can’t stop selling – in one week, he brings in £18,000 worth of window sales (£42,467 in today’s money). Eventually, the Inland Revenue (as it was then) catches up with him, slapping a demand for unpaid taxes on him to the sum of £50,000 that he’s got six weeks to find the money to pay.

Was Vincent a contractor or an employee?

Vincent worked in the double-glazing firm’s office. He only sold the windows that the company produced. He was expected to come in and leave at certain times. A car was provided to him by the firm to carry out company business. Vincent was entitled to annual holidays and received a basic wage (regardless of the level of sales he brought in).

So the question you’re probably asking yourself is why is the Revenue chasing Vincent for £50,000 in unpaid taxes but not Vincent’s boss?

Things were very different back in the 1980s and 1990s to the way they are now. And that’s especially true in certain areas of work like sales, construction, and ICT. In order for a worker to keep as much of his or her money as possible and for a company to avoid paying Employer’s NICs, millions of informal arrangements were made up and down the country like the one Vincent and his window company had.

These workers didn’t call themselves employees – they and their “bosses” called themselves “self-employed contractors”.

Many of you reading this in your 40s and 50s may have had a similar arrangement at your first few jobs. And you weren’t alone – for a while, it seemed every SME was pulling the same trick. From the Revenue’s point of view, too many people started doing it and tax revenues started to suffer. You might not be surprised to hear that they weren’t happy about this at all and were keen to bring about change.

They did this with CIS and IR35. These were the new schemes the Revenue brought in to make people and companies pay more tax when the “self-employed contractors” were, in their eyes, actually employees.

Both schemes were remarkably effective and their influence started to be felt as the definition of what defined “employment” became much tighter.

How to decide if someone is a worker

Every case is considered on its own merits but if the relationship you have with someone you classify as a contractor ticks some or all of these boxes, you will have to rethink how you do business with them:

If you’ve answered “yes” to some or all of these questions, this is almost certainly an employee and not a contractor.

Whenever potential disputes or disagreements arise with HMRC, it’s always best to hold your hands up to it and make them aware that there might be an issue rather than waiting for them to find out. Not only will waiting for them to find out mean that any potential fine or back payments get more expensive, they may punish you even further financially because you did not follow the rules (it’s your responsibility to know them – ignorance is not an excuse).

It’s at times like these that having an accountant that works well and regularly with HMRC is a big benefit to you and your company. So, if you think you’ve made a mistake and classified an employee as a contractor, get in touch with us here at Panthera. You can call the team on 01235 768 561 or email enquiries@pantheraaccounting.co.uk.